Making regular attempts at keep abreast of technology in vehicles as well as in the use and application thereof, typically practiced in Advanced Driver Training (ADT) and track days, as well as on test outings and through general research, it was during one of these sessions that my interest was once again stimulated in the particular area of ADT. ADT is one of the subjects that has relevance, and perhaps none more applicable than to the absolute novice learner driver, even to the well trained and ex 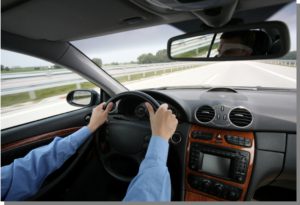 perienced driver just keen on refreshing and updating their driving skills and knowledge.
Although this article has been generated from a combination of research, personal opinions and experience, and is somewhat more “advanced” than the average drivers knowledge, it is none the less an article that is easily understandable and is a possible starting point and guide to further research into the subject matter, as you will realize as you continue.
It must be said at the outset that discussing the issue of learner driver training and the now standard K53 testing is a subject on its own. It is generally accepted by those that have any dealings with these two interrelated yet separate levels of training, that at the very least, are rather contentious subjects to say the least, it could quite easily be argued that they require some serious control, enforcement and upgrading. Although the problems faced with control, enforcement and standards of basic testing (K53) and the subsequent driving test are not confined to Africa, as there are examples in various countries of similar problems, the scale of these problems elsewhere are generally on a far more “acceptable” level. Nonetheless, I will delve no further into this side of driving as these issues are largely issues of established laws, their parameters and the correct enforcement thereof. The only issue considered further is that of “Advanced Driver Training” (ADT) and the issues immediately surrounding this subject.

Read the full article in this PDF document

It is always a pleasure to share knowledge, this once again the scenario where Accident Specialist was asked to provide … END_OF_DOCUMENT_TOKEN_TO_BE_REPLACED

Yet again and unsurprisingly, but very unfortunate to the country, the NDOT releases the absolutely shocking Festive … END_OF_DOCUMENT_TOKEN_TO_BE_REPLACED

We previously alluded to a rather large, full-scale research project in considering the effects of a Sudden deflation of a steer wheel tyre on a commercial vehicle, … END_OF_DOCUMENT_TOKEN_TO_BE_REPLACED

Following the utter chaos created during 2020 into 2021, essentially termed “Years-COVID”, resulted in a rather difficult two years. Most notably, 2021 saw a rather … END_OF_DOCUMENT_TOKEN_TO_BE_REPLACED

The nature of any expert report, or for that matter any specialised report is typically for use in litigation; be it Criminal or Civil or perhaps to a lesser extent … END_OF_DOCUMENT_TOKEN_TO_BE_REPLACED