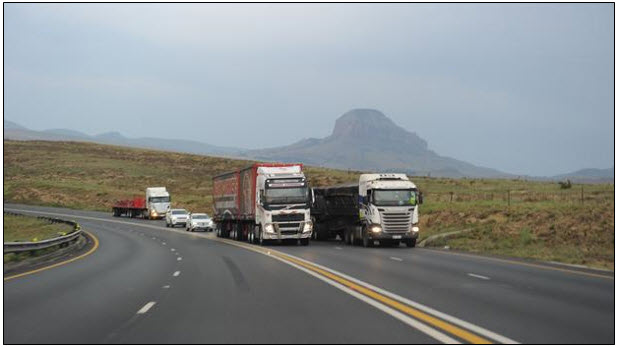 Johannesburg – While most of the carnage on South Africa’s roads is due to drunk driving and general human error, the state of some national roads are also to blame.

This is according to researcher and accident specialist Craig Proctor-Parker, who believes it is shocking that some national route networks are still without solid barriers separating traffic travelling in opposite directions, causing devastating collisions.

He warns motorists to be cautious as many accidents occur on such roads. “Cars are travelling at high speed on these roads. These are high accident zones. If the government implements solid barriers, it will immediately reduce the number of collisions. It’s an expensive exercise but it’s very effective.”

In October, authorities were alarmed after 30 people were killed in a multi-car collision on a stretch of the N1 between Kranskop toll plaza and Modimolle – without solid barriers – in Limpopo.

The accident occurred when the front tyre of a truck burst, causing it to hit oncoming traffic.

Sanral’s northern region manager, Progress Hlahla, says erecting barriers may not be feasible on most roads. “For a barrier to be erected and to function safely, enough width and working space is required.

We previously alluded to a rather large, full-scale research project in considering the effects of a Sudden deflation of a steer wheel tyre on a commercial vehicle, … END_OF_DOCUMENT_TOKEN_TO_BE_REPLACED

Following the utter chaos created during 2020 into 2021, essentially termed “Years-COVID”, resulted in a rather difficult two years. Most notably, 2021 saw a rather … END_OF_DOCUMENT_TOKEN_TO_BE_REPLACED

The nature of any expert report, or for that matter any specialised report is typically for use in litigation; be it Criminal or Civil or perhaps to a lesser extent … END_OF_DOCUMENT_TOKEN_TO_BE_REPLACED